I don’t mind admitting that I’m feeling a bit flat at the moment. It’s been 3 weeks since arriving back from my trip to Brazil and I just can’t seem to get back into the swing of things.

It’s not helped by the fact that all eyes are currently on Rio for the Olympics Games. I know it’s difficult for anyone coming home after a significant time away, but I can’t help feeling that my particular situation is made worse by being able to see ‘my beach’ through the window of the Beeb’s TV studio on a daily basis: the very studios that I watched being built on the Copacabana whilst I was there. I recognise it all. The pedestrian crossing in front of the Irish bar, the Rio 2016 official merchandise store where I bought my T-shirts and Olympic Havaianas, the promenade that I walked up and down every day, the beach bar where I drank many a caipirinha, even the flags that flutter in the wind. They are all so familiar to me and they all make wish I was still there.

Not normally a person who watches much sport on TV, I am now obsessed with watching the Olympics just so that I can catch a glimpse of places where I spent time. I lost a whole morning to the rowing from Lagoa, just so that I could reminisce about the times that I walked the 8k track around the edge of the lagoon. I followed every moment of the cycle road race as it wound it’s way along Ipanema, past the bottom of Vidigal, (the favela from where I started the climb up to the top of Dois Irmaos for the view of a life time), and on into the mountains before finishing right in front of the exact place where I bought my daily coconut.

I’m even hooked on the BBC Rio Olympic opening animation. I just love it, as it includes all the amazing wildlife I saw during my trip to the Pantanal – giant anteaters, armadillos, caimans, and the incredible, enormous jabiru storks – the first birds I saw on my arrival. 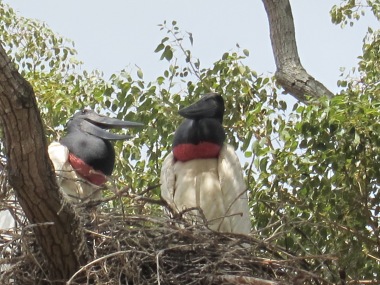 This has to stop. I have things I need to do.  Even with the added bonus of team GB doing really well at the moment and winning lots of medals, I have to move away from the TV.

So, to any seasoned traveller reading this, if you can share some tips on how to get through this period of adjustment, your advice would be very gratefully received. In the mean time, the beach volleyball is in full swing and I need to check out if the surf is up on the Copa today and who’s sat in my spot on the beach.

Sunset over Clapham #nofilterneeded
#eveningsun #london #londonlife #lockdownlondon
The perfect lunch with a view.
Way too much temptation. #patisseriefrancaise #france🇫🇷
Dog day afternoon!
Nice to get out and enjoy a bit of local greenery. #london